Yield stress of aerated cement paste was studied. Samples were prepared by mixing aqueous foam with cement paste, which allowed controlling bubble size, gas volume fraction and yield stress of the cement paste. Two distinct behaviors were observed depending on the surfactant used to prepare the precursor aqueous foam: (i) For a surfactant with low adsorption ability with respect to cement grains, bubbles tend to decrease the yield stress of the paste with magnitude governed by the Bingham capillary number, which accounts for bubble deformability. (ii) For a surfactant with high adsorption ability, bubbles increase significantly the yield stress. This behavior was shown to result from the surfactant-induced hydrophobization of the cement grains, which adsorb at the surface of the bubbles and tend to rigidify them. Within this regime, the effect of air incorporation is comparable to the effect of added solid particles. 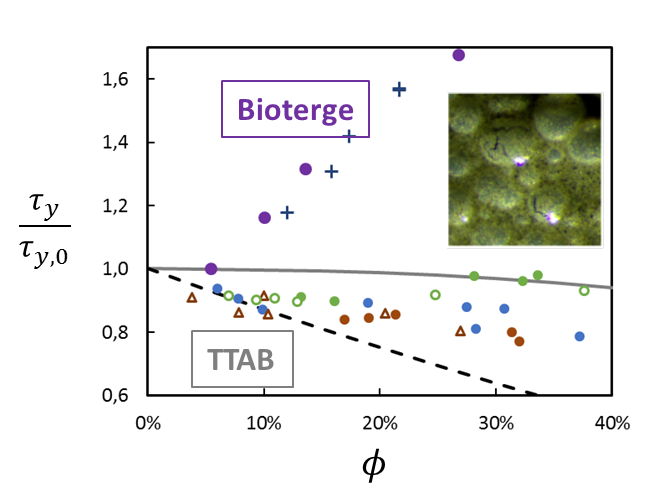