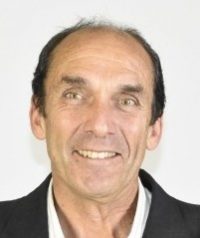 Pierre Delage develops researches on the fundamentals mechanisms governing the macroscopic response of multi-phase soils and rocks submitted to changes in stress, water content and temperature effects, with some pioneering contributions on the role of the changes in the pore size distribution in the volume change behaviour of soils, the stress-strain and failure behaviour of unsaturated soils and the thermal response of claystones. recent research also include the mechanical behaviour of Martian regoliths, in link with the on-going NASA InSight mission on Mars